Hanky-panky in the neighborhood

Apparently, I've had a new next-door neighbor for a few weeks. I've only seen this gal once, and I assumed she was just visiting, but now I think she may have moved in. Today at lunchtime I saw a guy hanging around over there. Him, I haven't seen before.

I was kind of surprised when I saw this chick a few weeks back. She just doesn't look like she fits in here in our neighborhood, although I've seen her kind around here on one or two previous occasions over the past few years. She's big, rather plain, and looks like she'd be right at home in a more "rural" environment, if you know what I mean.

I've known something has been going on over there because I've heard voices in the yard late at night. Loud voices. I've even peeked out the window a couple of times when I've heard them, but haven't been able to see anything.

Her guy is fairly brazen. When I left to go back to work after lunch, he was hanging out beside my driveway, and he just stood there and watched me. Didn't move an inch. He actually had the nerve to holler at me as I drove my car a little too close, but I couldn't get out of the driveway otherwise. Very cocky!

When I came home this evening, he was still there. Not in the same exact spot, but in the same general area, as if he's staking out a claim to "his" territory. Now I'm thinking he's taken up residence right along with the new neighbor lady, and, to be frank, I wouldn't be a bit surprised if they've been "getting it on" right out there in the yard. They just look like the type.

That being said, my curiosity is intense at this point, and I kind of hope they stick around just so I can see what comes of this relationship. I must say that the guy is extremely handsome, and even though the gal's not as good-looking as he is, I'll bet they'd make beautiful babies.

You know, come to think of it, I've already mentioned this lady to you in my May 19th blog entry. Here, I'll show you her picture again: 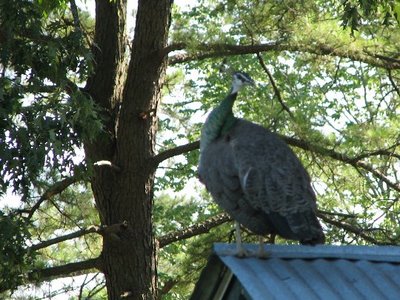 And here's her fancy man! Isn't he fine? 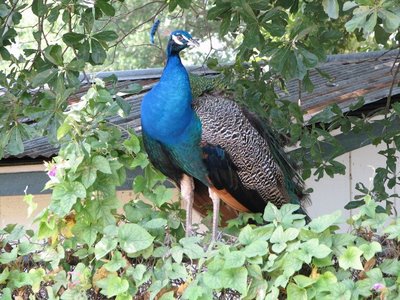 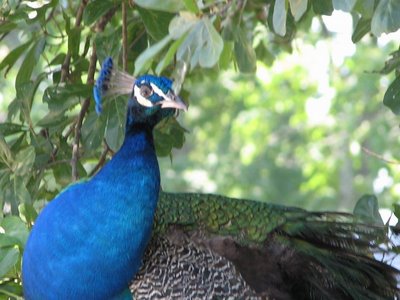