A couple of ongoing projects (and some really good books) have consumed my blogging time lately, but in between working (and reading), I've become a bird watcher.
When the new sidewalk was poured in my backyard this past December, I made sure that a tiny patch of earth for the bird feeder was left near the corner of the patio. This turned out to be a good decision in some ways and not so good in others. 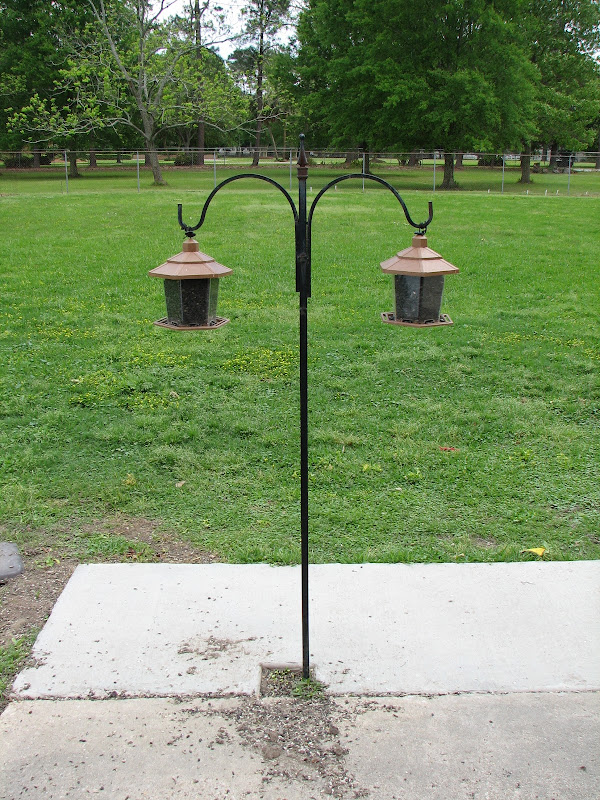 It's good that I can refill the feeders in even the worst kind of weather without getting my feet muddy. It's good that the feeders draw the birds near my house, where I can hear them chatter while they feed and see them if I'm fast enough. I suppose Butch thinks it's good that fallen seeds have sprouted at the bottom of the feeder and turned into a "salad" that he enjoys daily. 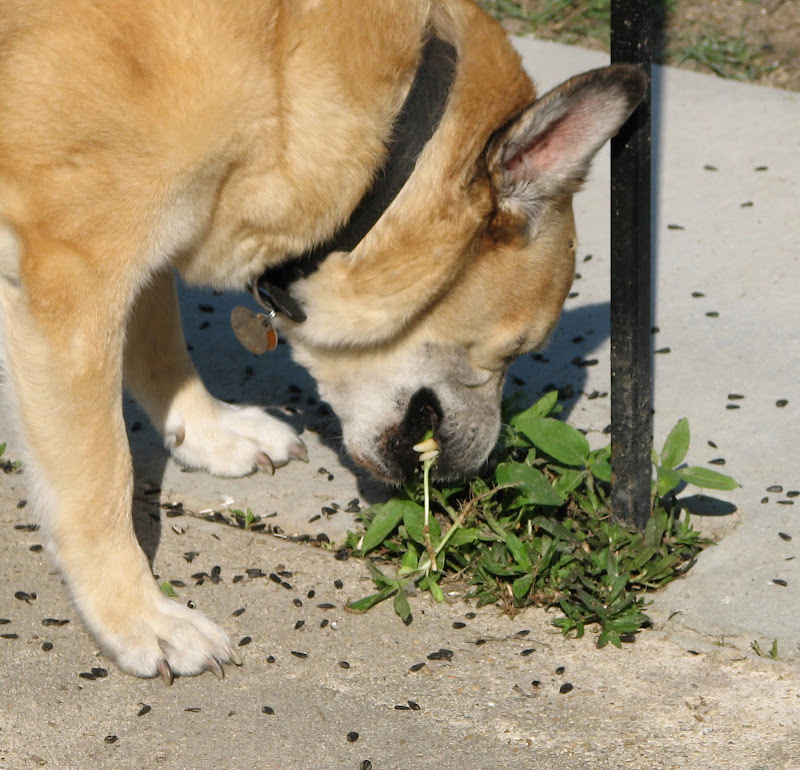 The down side is that my plan to sit on the patio and take photographs of the beautiful birds gathered there isn't working out at all. The birds don't seem to like to eat when humans are so close to the feeder. They approach in large numbers, but if I'm out there,  they don't stay.

My patio is enclosed by the house on two sides and a privacy fence on a third, with the fourth side (where the bird feeder is) opening out to the backyard. It's interesting to see the numbers and varieties of birds that fly directly toward the feeder, then spot a human or a dog and make a last-minute, mid-air U-turn. Watching birds from the patio feels sort of like watching an air show, except that these "planes" don't land. The fly-bys, though, with their swoops and sharp turns, are spectacular.

So, I've had to devise other methods of photographing birds, and even though my bird photos aren't as good as I'd hoped they'd be, I'll show you some of the feathered beauties that brighten my days. First up is one of several varieties of sparrows. Not so pretty, I know, but there are too many of them to ignore. 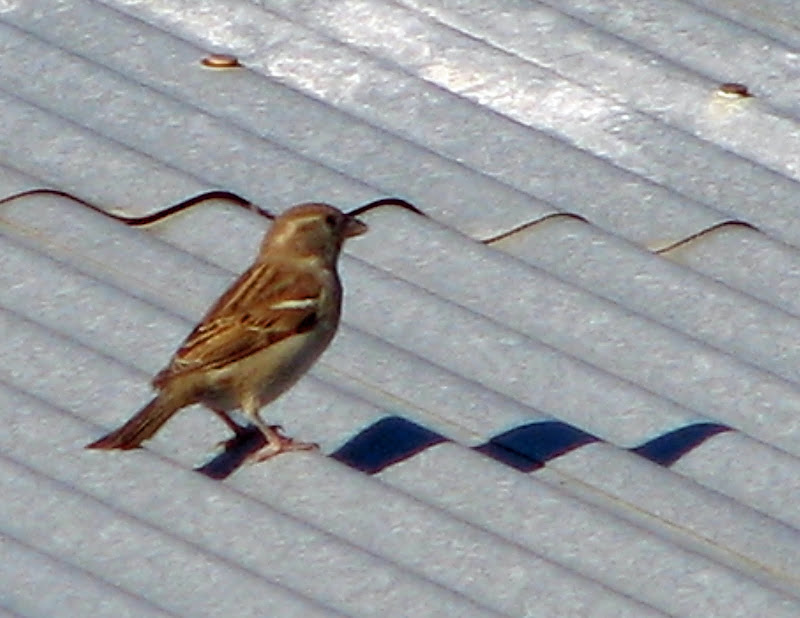 Sparrow on neighbor's tin roof (shot with zoom lens).
There are Cardinals, too, so many beautiful redbirds and all of them extremely cautious. 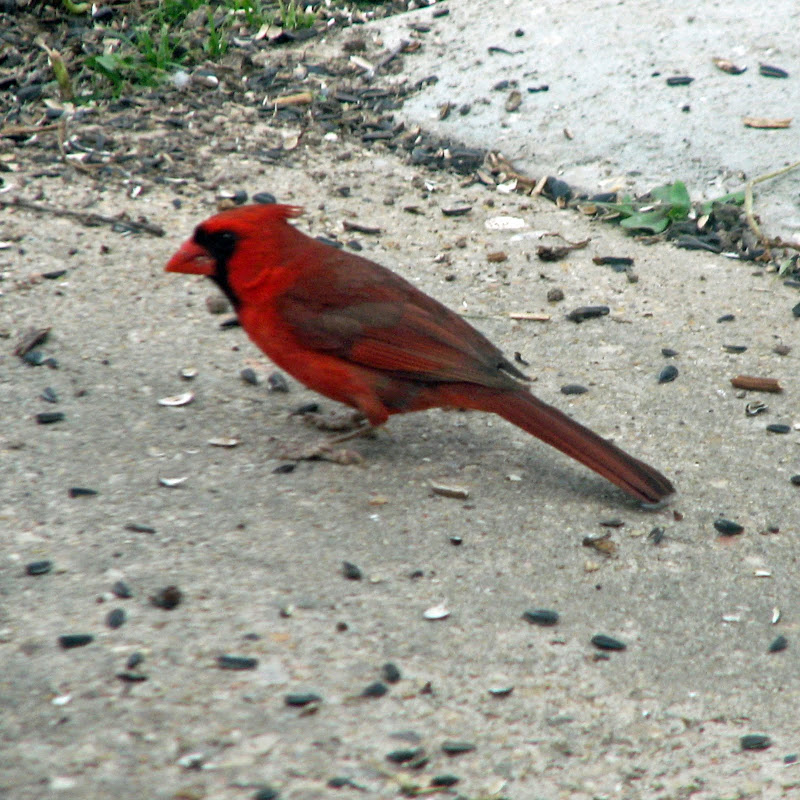 Cardinal on ground beneath feeder (shot through glass door).
The bravest birds have been some of the smallest, like this red-headed House Finch... 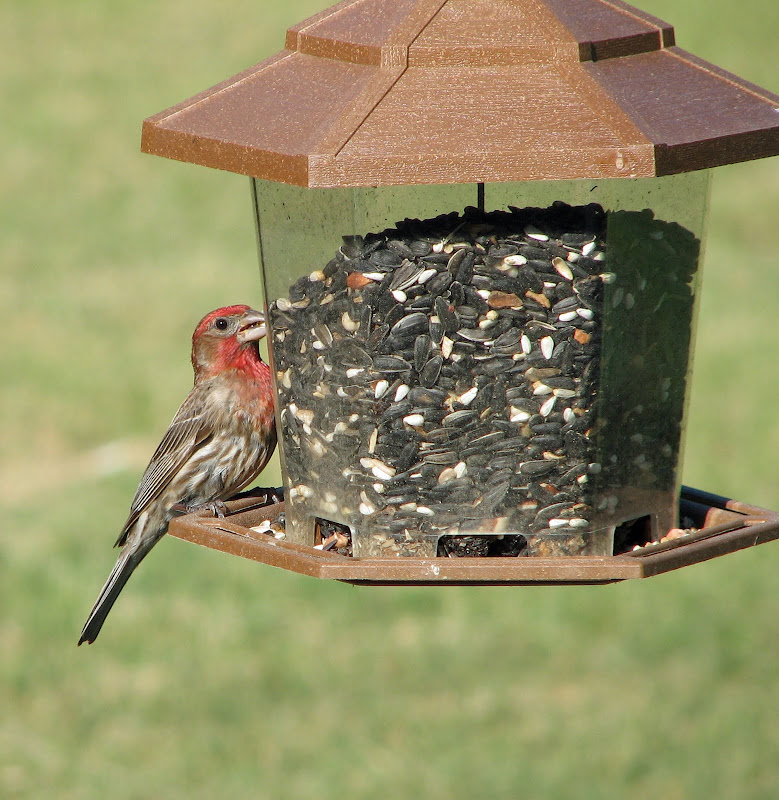 House Finch at feeder (shot through 3-inch opening in door).
...and this charming Chickadee: 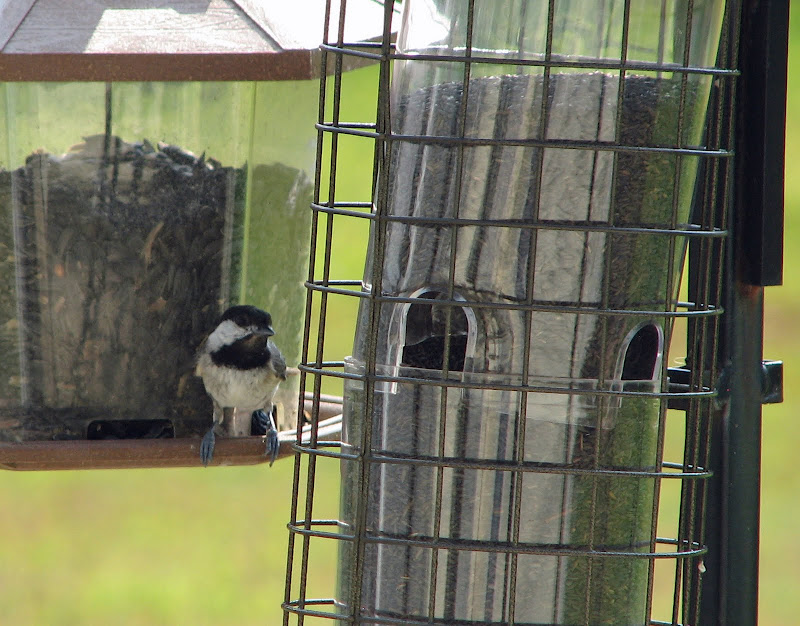 Carolina Chickadee (also shot through narrow door opening).
The most frequent feeders are the doves -- lots and lots of doves. 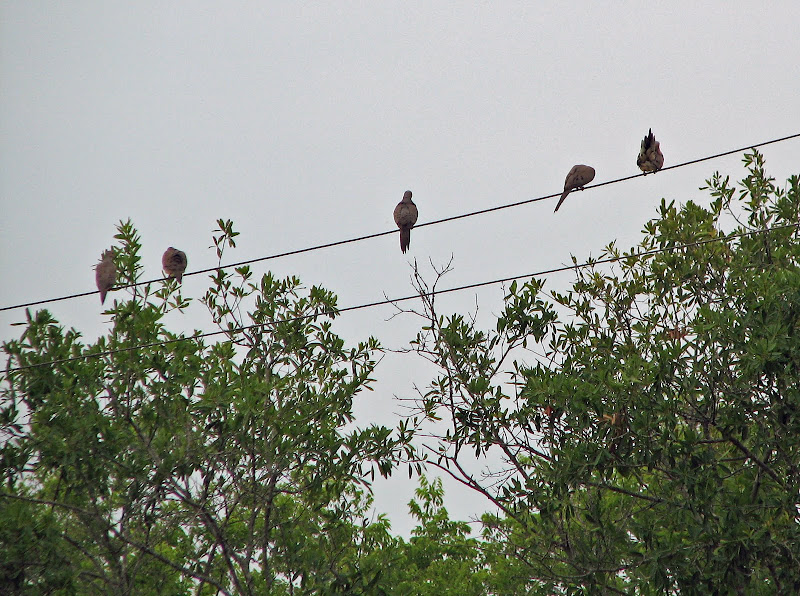 Five plump doves on utility wire (shot with zoom lens).
This was the slowest one of seven that were feeding together: 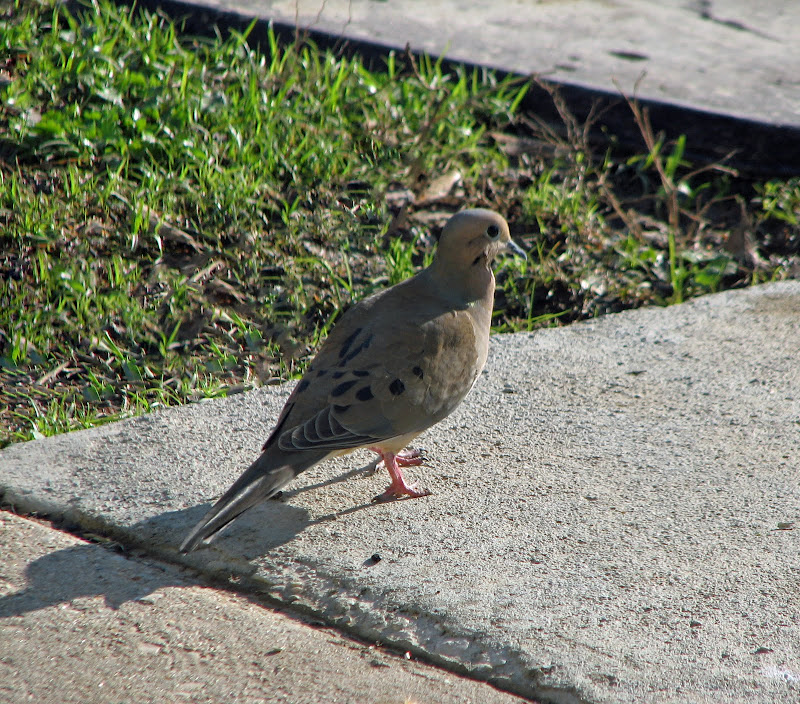 Mourning Dove (shot through glass door).
And this one flew away -- but not far enough to deter me. 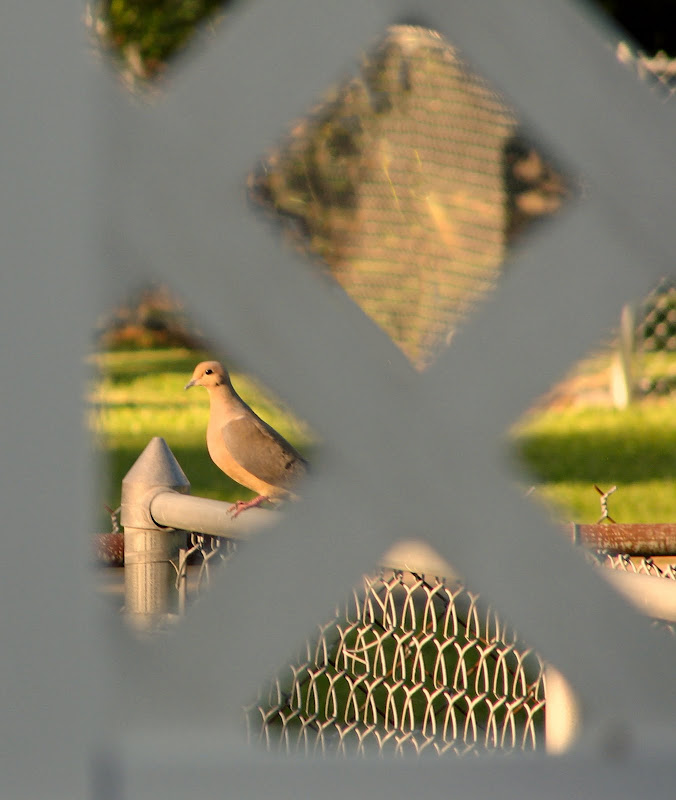 Mourning Dove (shot through lattice of privacy fence).
I've apparently reached a stage of life in which a visit by a new species of bird can be a high point of my day. Yesterday a small flock of Tufted Titmice visited my feeder several times. One of them actually stayed put for 15 or 20 seconds while I was seated on the patio, but I didn't have my camera with me and didn't want to risk moving to go get it. I tried several times later to take a picture through the glass door, but they saw me before I could focus, and they flew away.