I'll See You in My Dreams

I didn't imagine I'd be writing any new stories about Butch; he's been gone for three years now. But this morning, when I finally slept hard and late after a night spent tossing and turning, he came to me in a dream.

It was past time for me to get up, and in the dream I did that. I put on my robe, stepped out into the hallway, and there, where I expected to see Levi and Gimpy, I saw Butch instead. He was doing his familiar, happy tap-dance on the tile floor, wagging his tail so vigorously that his whole back end moved. In the way of dreams, I believed I was awake, but the sight of a living, breathing Butch made the wide-awake dream-me think I must be dreaming. I reached out first to touch the door frame, then the green, high-back chair, reasoning that if I could make myself touch real things, then I must be awake.

Butch didn't seem to have any such concerns. He was all over me, wriggling against my legs, pushing his face against my hand, soaking up all the loving he'd missed while he'd been away. I dropped onto the sofa and picked him up, holding him like a squirmy baby, running my hands through his soft fur, sniffing his ears and his popcorn-scented paws, relishing the impossible moment.

My grandmother walked into the room, she who passed away in 1988, and my daughter Kim, too, who is very much alive today but was a young girl in the dream. Still not believing Butch could be here, I asked them both if they could see him. They could not.

I turned to look again and saw him standing by my knees, his tail still wagging, then I looked across the room and he was there, too. He was everywhere I looked. Sometimes I could see four or five of him in different places at once, all of them moving, sniffing corners, exploring every part of every room the same way I would do if I could visit the house where I grew up.

Eventually the long dream changed into a twisted scenario involving a long bus ride with the child-Kim in New York City, and it ended almost immediately after that when I woke up for real. I lay quietly in bed for a long while, soaking up the joy I'd felt at the dream reunion with Butch. He'd seemed younger than he'd been at the end of his life. A little thinner, too, and much more agile. Every bit as affectionate. I've tried to remember whether or not he was still blind in the dream, but I can't recall. It doesn't matter; we could see each other just fine.

Later this morning, after I'd been up for a while, I noticed today's date: March 19th. Butch was a found puppy who came to live with us on the last day of April, 1998. The veterinarian who checked him over that day estimated his age at six weeks, so we counted back into the middle of March to choose a date to celebrate as his birthday. We picked a date we knew we'd always remember because it was my second husband's birthday: March 19th.

To the best of my recollection, this is the first time I've ever dreamed about Butch. Happy birthday, sweet angel--and thanks so much for sharing it with me. 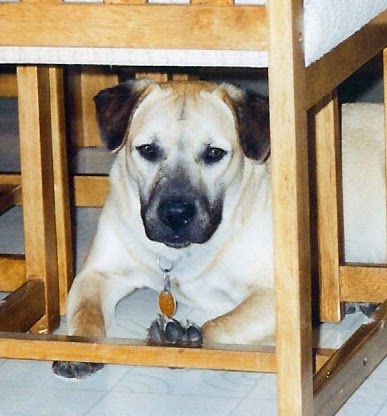 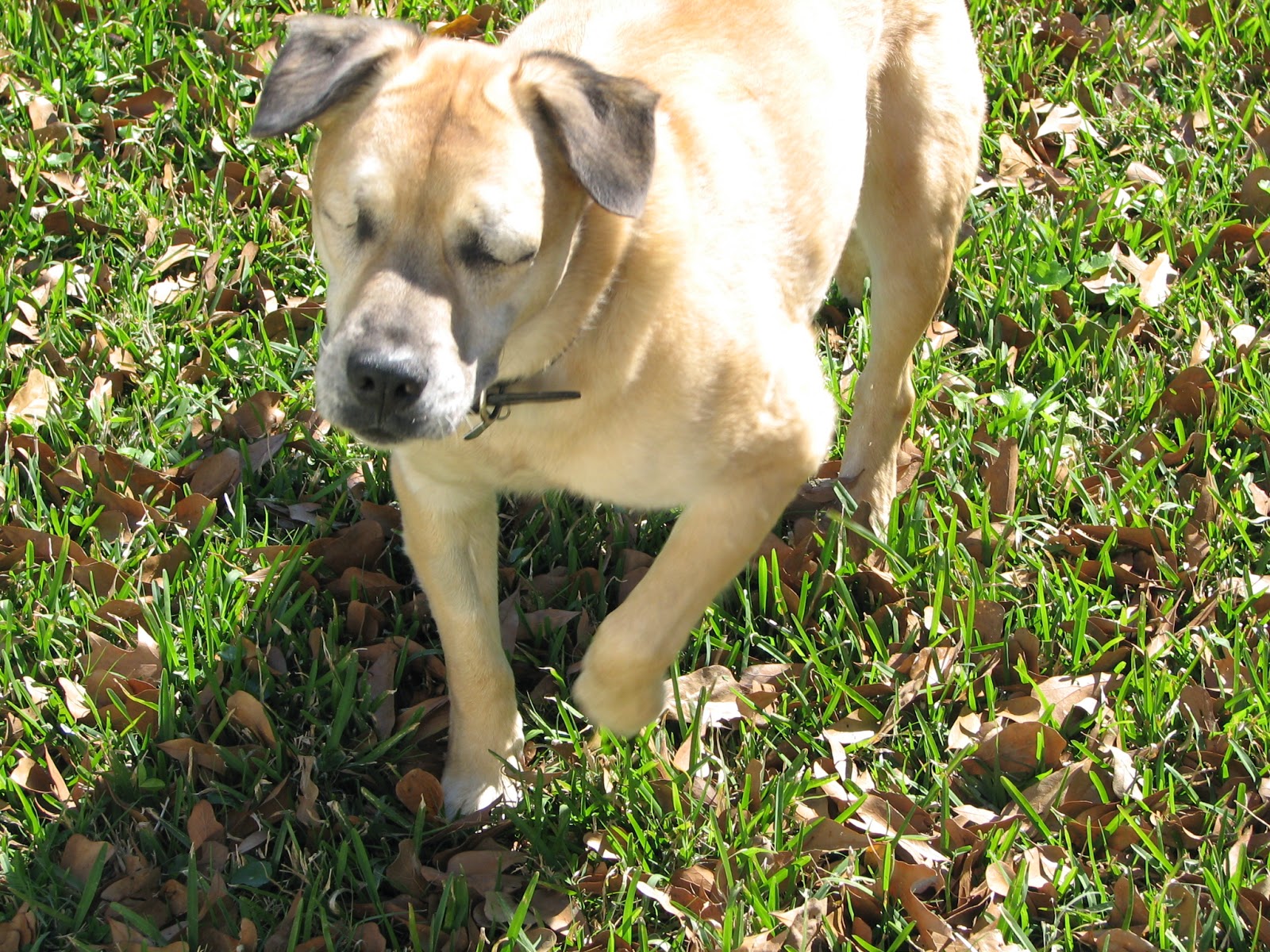 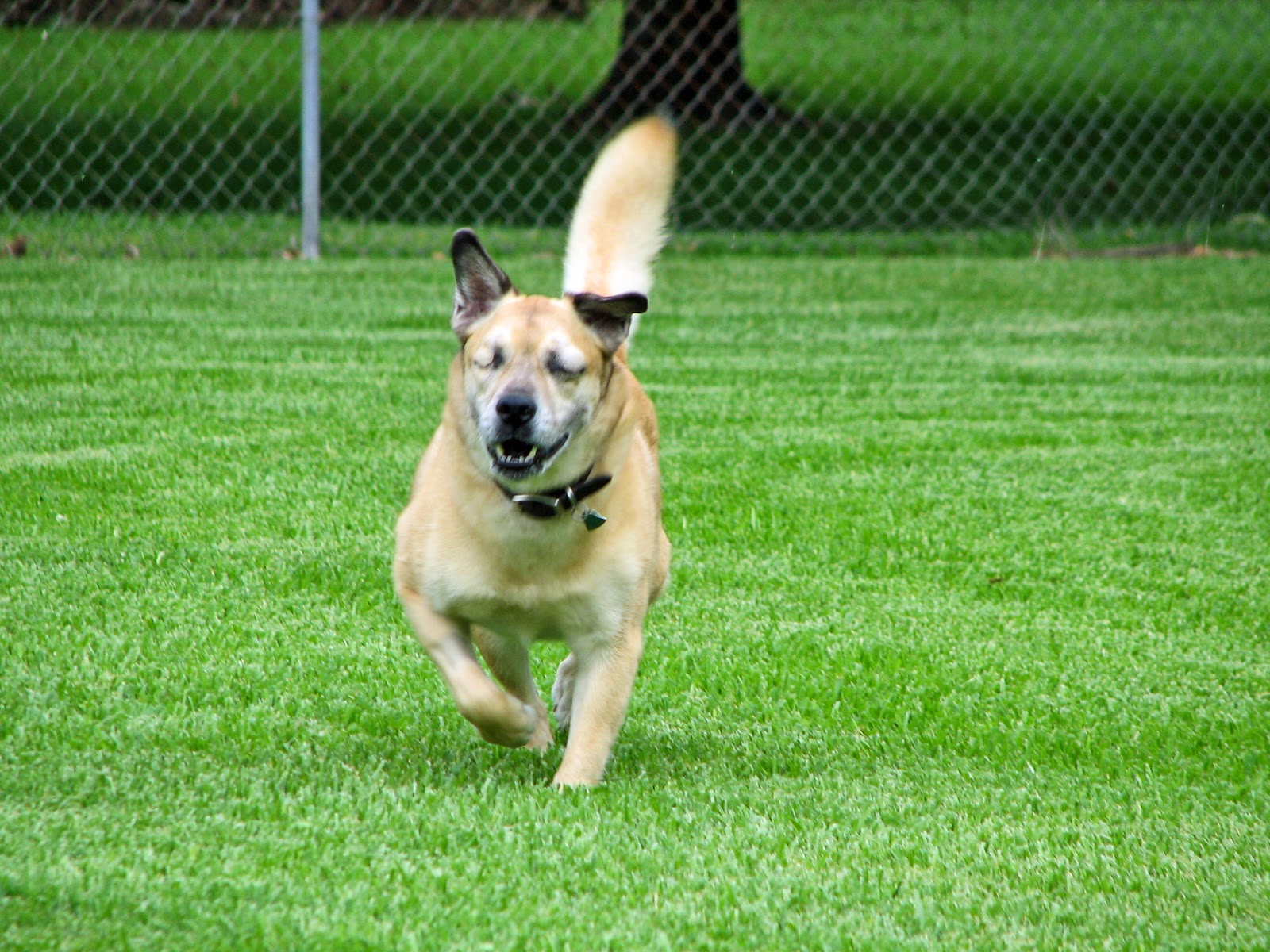 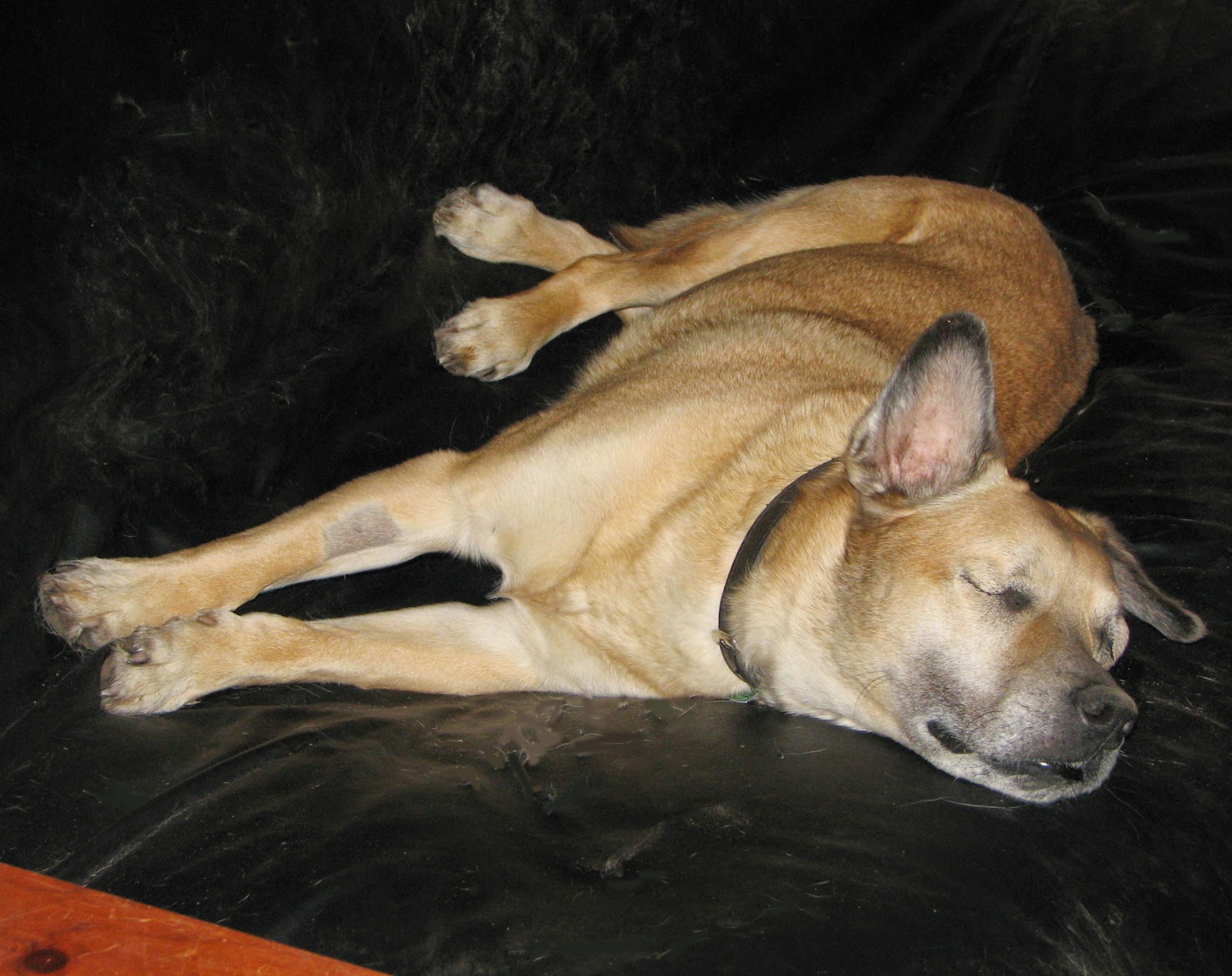