2009: Spectacular in its suckitude!

Come on, Ryan Seacrest and the rest of you New Year’s revelers, let’s send up some balloons, throw bags of confetti, and fill the midnight sky with fireworks. Whatever we need to do to escort 2009 to the exit door, let’s get on with it. Let’s kick this past year to the curb, dust off our hands and heave a big sigh of relief. Goodbye and good riddance!

Okay, I’m forced to admit that a few good things happened in 2009, but if I actually took the time to make lists, my list of good things would be shorter than my list of bad ones. I suspect that’s true for many of you.

On the good side, our family was blessed with two new babies (Jaydon Cole in June and Henley Blake in November), and another baby boy, my much anticipated first great-grandchild, was conceived and is scheduled to arrive in March of 2010. I couldn't be happier about that.

We’ve had a couple of serious illnesses in our human family this year, but we’ve survived them. Illnesses would go on the bad list, but I guess they’d be balanced by survival on the good list.

Definitely on the bad list are the losses of two prominent members of our fur family this year. BeBe, my mother’s dog that was adopted by my daughter Kelli following Mother’s death ten years ago, died this summer. BeBe suffered from epileptic seizures her entire life, nearly 15 years, and almost every time she went to the vet in the last eight years, they predicted her imminent death. Somehow she held on until this year. Then, just days before Christmas, my daughter Kim’s little Yorkie, Winston, whose funny, furry face you’ve seen on these pages before, died suddenly from anaphylactic shock following an injection to relieve a bout of back pain he experienced occasionally. This was a hard loss, one that will sit heavily on our hearts for a long time. It might have been BeBe’s time to go, but I can’t believe it was Winston’s. 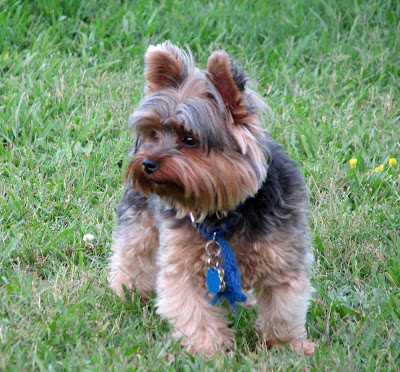 On the good list (knock on wood), the rest of our fur-babies, including my beloved Butch and Kadi, are doing well.

A couple of the prior posts I’ve managed to eke out this year referred to my retirement. Retirement has definitely been a good-list thing, though it hasn’t been the smooth sailing I had expected it to be. I never thought I would spend so many hours sitting in doctors‘ offices while they tried to pinpoint the origin of confusing blood test results. First they knew exactly what the problem was; now they’re not so sure. As an unexpected trip to the emergency room yesterday confirmed in my mind, the treatment thus far has been worse than the disease. I was feeling pretty good before all this medical speculation began and still feel very well most days, though I’m now identifying strongly with that poor, maligned creature, the guinea pig. The unexpected medical infringement on my time lies squarely on the bad list.

I’d be neglectful if I didn’t add a couple of other minor items to the good list:

Back to the bad list, we've had week after week of constant rain. On the good list, I didn't have to get up and go to work in any of it.
2009 got off to a good start, I thought, with the historic inauguration of Barack Obama as the first African-American president of the United States. Even as I put this on my good list, I have to wonder if President Obama is still putting it on his. He may have some doubts by now.

There isn’t enough time left in 2009 to list all the bad stuff I’ve seen on the news this year, and I know from reading your blogs that some of you have struggled fiercely to climb your own mountains. I must say I’ve been impressed with the dignity with which you’ve faced your challenges and the honesty with which you’ve shared them with us, your readers. Your problems go on my bad list, but your courage and humanity go very near the top of the good one.

My blogging productivity (a grand total of nine posts for 2009, counting this one) was so pathetic that I may have to start a third list, a list of bad things that are also embarrassing. Way up on the good list, though, will be the fellow bloggers who kept me on their blog rolls in spite of my poor performance.

I’m thankful that the year is over and hopeful that someday I’ll be able to look back and remember some sort of valuable insight I may have gained in 2009. Right now nothing comes to mind.

I do know I’m happy for the chance to begin again in a new year, a new decade even. I’m ready to pull my head out of the semi-dark place where it’s been hibernating and take a fresh look around.

Next year I’ll tidy up this neglected old blog and tell you what I see, okay?