"The days were sweet, our nights were warm..."

Today's Saturday Song Selection is more than twenty-five years old, but it's new to me; I'd never heard it before March of this year. This one plucks a few of my heartstrings.

I've lived more than half my life within half an hour's driving distance from US Highway 90, both in Texas and Louisiana, though never near the parts of Texas where bluebonnets grow. I especially relate to the lyrics about a wife who stays home while her husband goes away to find work. I've lived through separations like that. Those were hard times. The separations would have been unbearable had we not believed we were sacrificing time together in the name of building a better future.

The song reminds me of what might have been--and what was for a period of years. I never counted on getting used to the months apart. On enjoying the peacefulness of them. On acquiring a taste for solitude. I guess that would be a whole 'nother song.


The song is "Gulf Coast Highway," performed by Emmylou Harris and Willie Nelson. Thanks to toshiboss for posting the video and lyrics on YouTube.
Posted by Linda@VS at 12:22 PM 2 comments:

It doesn't take much to amuse me. For example, I get tickled every time I think of these recent telephone conversations:


Glad I Didn't Inconvenience Him:

A ringing phone roused me from sleep early one morning. "Hello, is this Ms. James?" the male caller asked.

"No," I replied. "I believe you have the wrong number."

"No problem," he said and hung up.

Ever since a particular Chinese restaurant opened several years ago, we've been ordering takeout once a month or so. Without fail, each time we've called to place an order, the Asian lady on the other end of the line has asked one final question: "You know we on Highway 73, right?"

Last time she surprised me with a slightly different question: "You know wheah [where] location?"

After a moment's hesitation, she spoke again in a doubtful tone: "Wheah? Which highway?"

These last twelve titles finish up the long list of books that carried me through the past nine and a half months. Through intense pain and depression, through surgery and rehabilitation, through physical, mental and emotional healing, books were there to make my life better. God bless writers and the readers who motivate them. 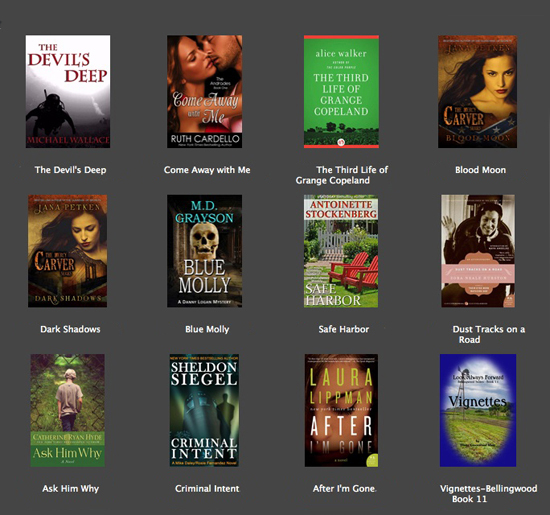 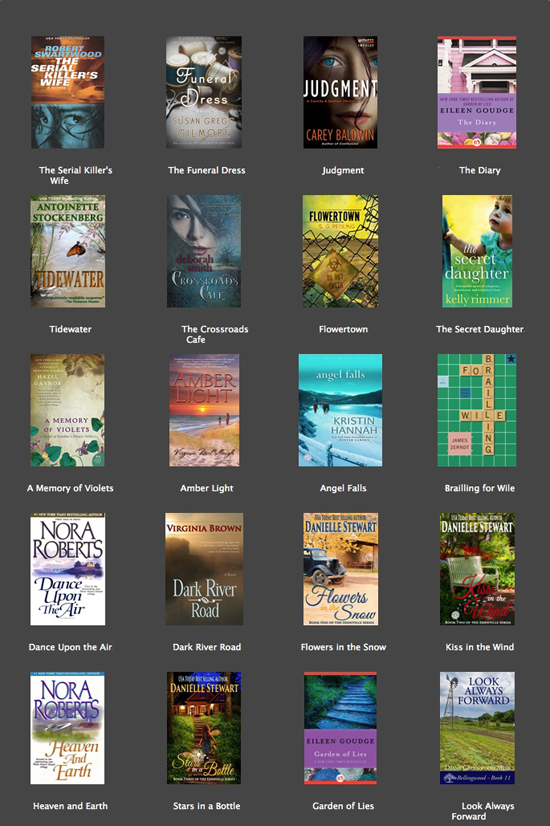 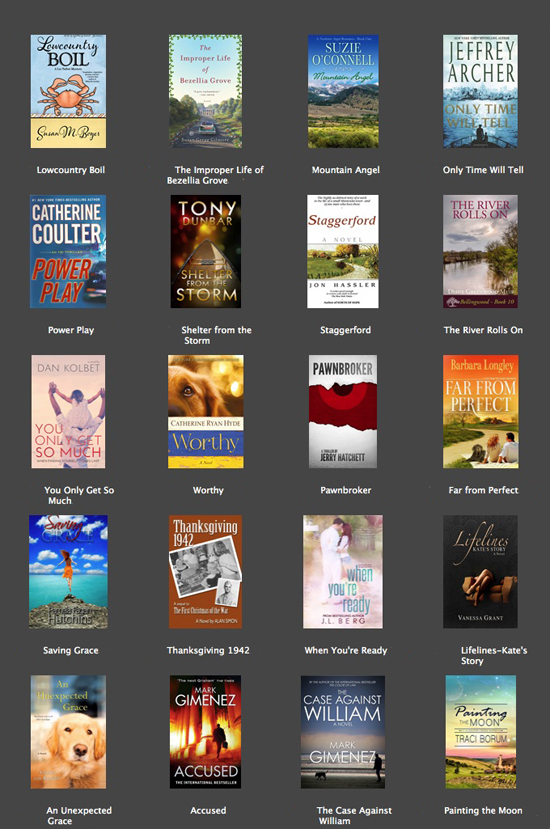 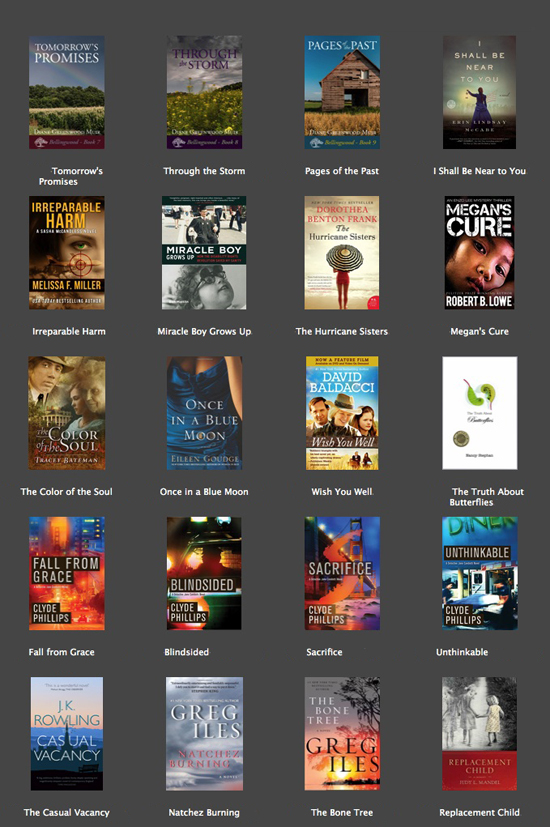 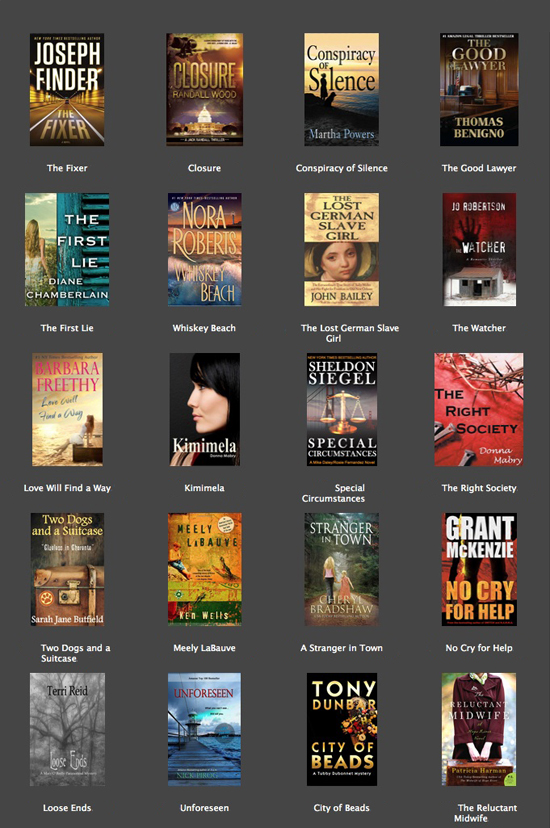 It's been months since I've done a "What I've Been Reading" post, and I'm now accepting the fact that I'll never catch up if I try to do these posts the old way, with links to book reviews. I have kept up with my book list, though, so I know which ones I haven't posted.

As I acquire a book by one means or another, I save a photo of it. Then, as soon as I've read the book, I assign a number to its photo. That's how I keep my book list in chronological order. At this point I'm 132 books behind. Sigh. Today I figured out that I could take screencap photos of groups of books, list the titles for easy searching, omit the review links, and knock out all 132 of them in three or four quick posts. You may think I might as well skip the whole batch, but when I'm ordering ebooks, this blog is the fastest place to search to see if I've already read a title I don't remember.

For the next few days it'll be all books all the time. Once this is complete, I'll go back to posting ten or twelve at a time, complete with links. Here goes: 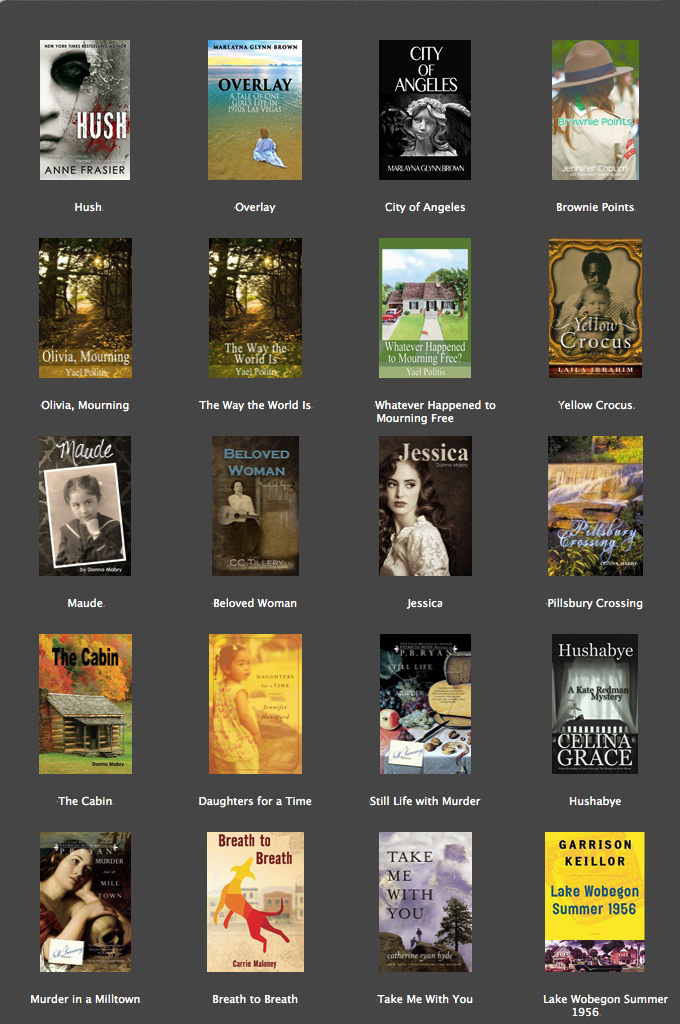 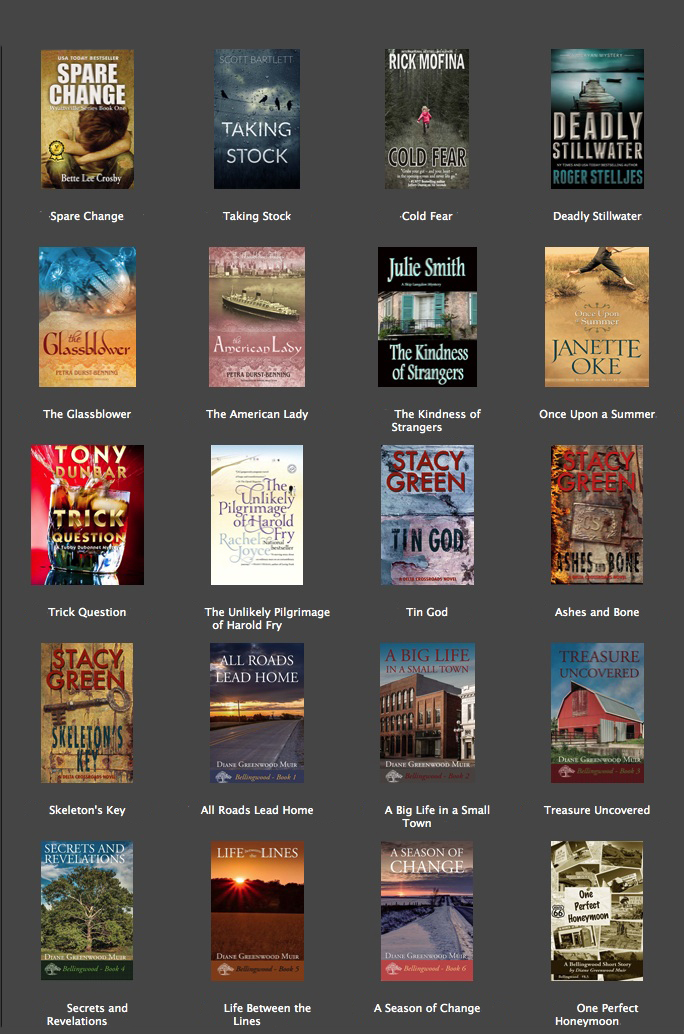 The Baby and the Boudreaux's

This is a good week to have thunderstorms, which we do again. There's nowhere I need to go, having run all my critical errands during last week's beautiful weather. We're well stocked with human food and dog food, and I have lots of unread ebooks. If the patter of rain makes me sleepy, well, I can take a nap if I want to. Life is good, mostly, but sometimes little glitches pop up.

One of last week's errands was a trip to the auto shop to get my car inspected and get the oil changed. The shop was crowded; I ended up being there for an hour and forty-five minutes. For most of that time I was entertained by a twenty-month-old girl who kept bringing me items out of her diaper bag. She was cute as could be, and we got along fabulously, but the longer she played with me, the more concerned I became. She had a bad cold. Her mom tried her best to keep her nose wiped, but every time the tiny girl returned with a chapstick, a thermometer, or a baggie of Goldfish, the snot made another run for it. Bless her heart, she'd give it a wipe herself with her free hand, then that hand would be the next one to fish around in the diaper bag.

After the breathing difficulties I had during a bout of bronchitis early this year, I did not want to catch that baby's cold. More than that, though, I didn't want to hurt her feelings. I kept a smile on my face, my worries to myself, and, for at least half an hour, a germy,  economy-sized tube of Boudreaux's Butt Paste clutched in my right fist.

That hour and forty-five minutes felt like a long time. When my car was ready, I blew off the rest of my errands and drove straight home. I sanitized my hands first, then grabbed a handful of Clorox wipes and worked my way backward through my purse, the inside and outside door knobs, the door handle on my car, the seat belt, the steering wheel, the door of the glove compartment, and the cover of the little book that holds my insurance and registration papers. Better safe than sorry.

What about you? What kind of rigamarole would you go through to keep a baby happy?
Posted by Linda@VS at 1:39 PM 4 comments:

Oops! Looks like I missed the month of March. I hate when that happens.

Like many parts of the country, we've had rain, rain, rain for the past month. The grass grows tall while the ground beneath it stays so soggy that lawn tractors and dog feet sink right into the mud. My feet would, too, I'm sure, but I'm not about to step off into the muck. Especially since the man who cuts my grass told me he killed two baby ground rattlers last time he mowed back there. Local TV newscasters warned that flooding in low-lying areas was driving snakes to higher ground, but I foolishly assumed they meant other people's higher ground.

So, without going into greater detail, the bad parts of March were snakes, heavy rains, terrorist attacks and Donald Trump, not necessarily in that order. The month held some good things, too.

Our Easter celebration was fun as always. My great-grandson, Owen, just turned six, has recently discovered jokes. He took it upon himself to entertain us. First came the knock-knock jokes, then the cross-the-road jokes, then a mixture of those that he made up himself. We laughed at all of them, and Owen laughed loudest until he told one that made no sense at all. The rest of us laughed, but Owen's smile faded quickly. "Actually," he said, "I didn't find that one all that funny." 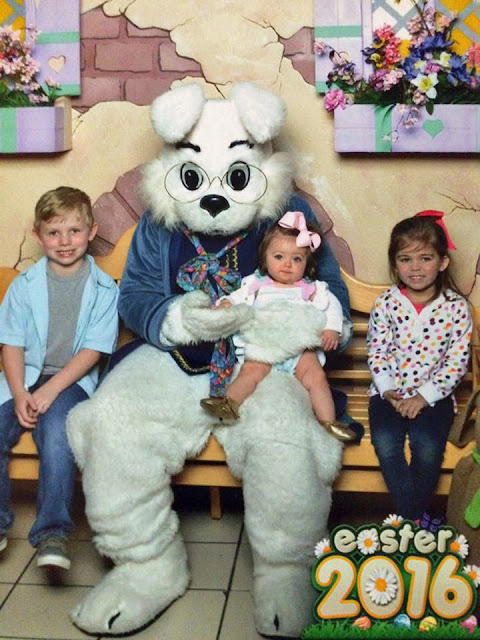 A week earlier we'd all attended the first couple of hours of Owen's birthday party. His friends had been invited to a backyard camp-out, and those of us who would not be spending the night stayed long enough to enjoy the cook-out and the company. Little boys that age are so cute and funny--and SO LOUD! I believe the vibrations created by their combined voices could have been detected on the Richter Scale.

My Life Writers' group is back in full swing, and I'm enjoying it as much as ever. It's so interesting that six people can write about a single topic in such different ways; yet, for all their differences--and our differences--the stories remind us how much we have in common. They draw us closer.

Books, music and favorite TV shows filled many March minutes, crowding out whatever housekeeping chores could wait another day. Or week. I'm aware that I need to get busy around here. That was on my mind yesterday, so I bought Swiffer duster refills while I was grocery shopping. And then I bought a jigsaw puzzle.

Spring doesn't end until June, right? There's plenty of time to worry about spring cleaning.
Posted by Linda@VS at 1:55 PM No comments: