I've explained here before that my home is actually one of two houses built on the same lot, one in front of the other. There's a carport between the two homes, and they're connected by a common roof. When my daughter and I bought this property years ago, she and her kids lived in the front house. I've always lived in the back one.

After my daughter remarried and moved with her husband to a new home large enough to accommodate their blended family, the house in front of mine was rented out. Since we had plenty of backyard, we decided to add some fencing near my patio to carve out a small backyard area for the family in the rent house. The deepest part of that little yard lies adjacent to my patio, which you can see in this old photo: 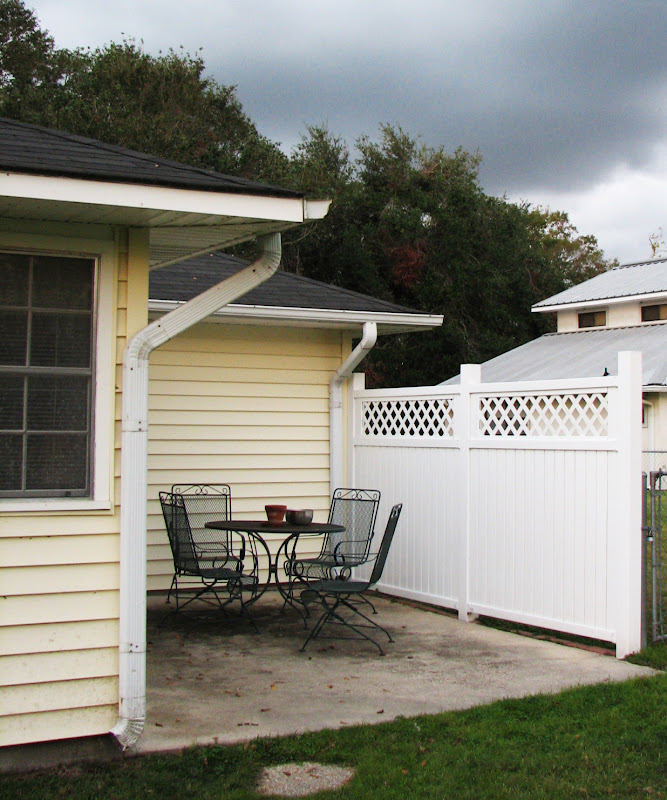 This arrangement worked fine for more than eleven years. Then, a couple months ago, Levi invented a new game. It's a cross between soccer and golf. You see that space under the white privacy fence? That's his goal. Every time I'd try to sit out there to read a book and sip a cool drink, Levi would start up his game. He'd pass his tennis ball from one front paw to the other to get it close to the fence, then use his mouth to place it exactly where he wanted it. He'd line it up like a golf shot, then kick it under the fence. Again and again. Many times on many days.

There's a padlock on the chain-link fence that ties into the privacy fence. The lock isn't there to keep people from coming into my yard but to prevent them from accidentally leaving the gate open and letting my dogs out. So, every time Levi kicked his ball under there, I had to go inside to get the key. I'd open the gate, retrieve the ball, close and lock the gate again, and sit back down with my book. By the time I'd turned the pages twice, the ball was back under the fence.

Levi was having a great time, but I wasn't. We needed a solution. This was it: 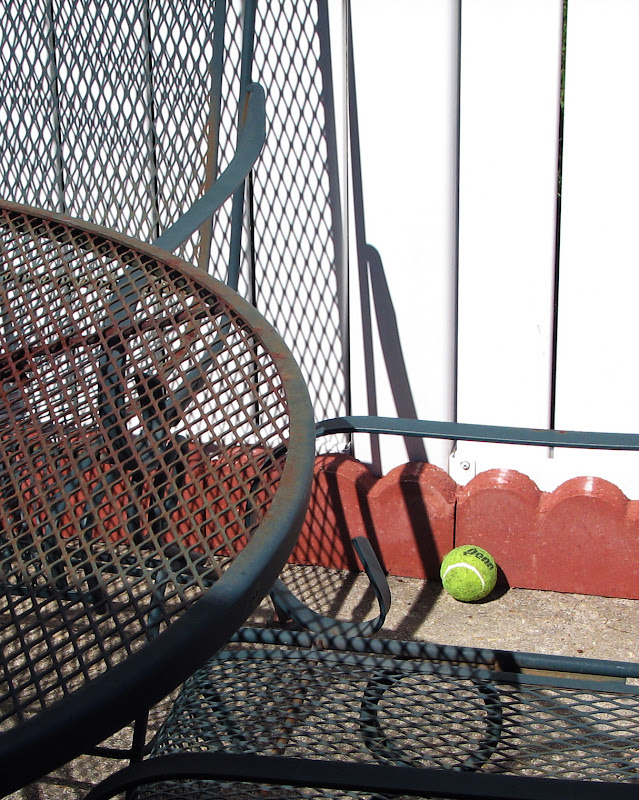 So far, so good. Levi still makes his soccer moves, but the goal line is history. 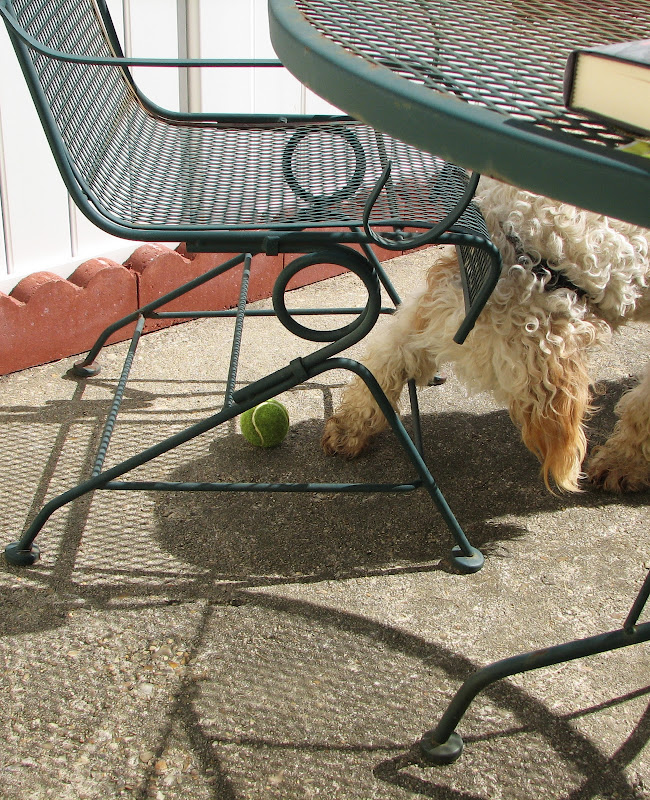 Score one for the human team.
Posted by Linda@VS at 12:17 PM