Near the end of April, when Ancestry.com had a sale on DNA testing, I decided to go for it. I mailed a tube of saliva to Ancestry and got the results a short five and a half weeks later. There were no surprises except that I'm more Irish than I knew. Given my love of all things Irish, I'm happy about  that. 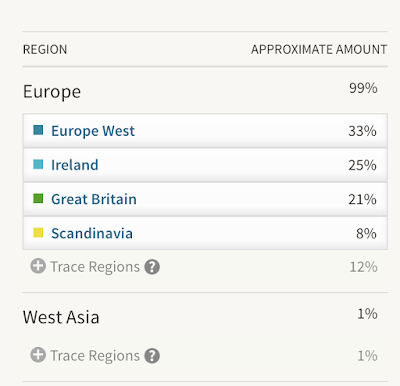 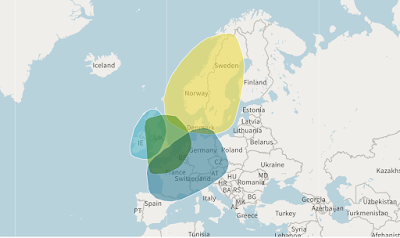 While I waited for the results to come in, I decided it was time to take the plunge and put my genealogy database online. I'd read several reports that the genealogy software I was using was not properly exporting files to Ancestry, so I didn't even try. I began entering names, dates and places one item at a time.

From the very beginning, I couldn't see my family information in tree form. I had recently become unable to load photos on Facebook and to view YouTube videos. Something was obviously wrong with my computer.

I plodded on. It was slow going, but I had time. I worked on my family tree every day, and every day I lost one more capability. Eventually, I could no longer even enter information into the Ancestry database.

My computer was seven years old, something of a record in my technological experience. After much consideration, I bought a new one--same brand, newest model--and began the process of setting it up like the one that's nearing death. What a nightmare!

I had two genealogy programs on the old computer. Neither one is compatible with the new computer's operating system. What's more, the manufacturers don't plan to issue any newer versions. I opted for a different program on the new computer. It works, but I don't like it much.

I've had two printers for years: an old laser printer that's economical for black and white prints and an all-in-one printer/scanner/copier for color printing. The old laser printer isn't compatible with the new computer, and I couldn't tell about the color printer because one of its six ink cartridges was empty, so it wouldn't work. I bought a new yellow cartridge to replace the empty one, then the printer gave me a message that the light magenta and light cyan cartridges had "expired" and the printer would not operate with expired cartridges. I made another trip to Walmart to buy ink cartridges. They only had four of the six color cartridges. You want to guess which two colors were missing? Yep, light cyan and light magenta. Days later, after all the new ink had been installed, after an hour of tinkering with cables and printer drivers, the expensive-to-use color printer now works with the new computer. The laser printer still works with the old computer.

My attempts to follow directions and transfer my email mailboxes and messages to the new computer were dismal failures. For now I'm checking email on the old computer until I can summon the mental fortitude to call tech support services.

In the meantime, I'm still entering one name at a time into Ancestry's database. So far I've accounted for about one-eighth of the people on my suddenly obsolete software, with about another seven thousand to go. The good news is I can now view my ancestors in brightly colored tree form. The bad news is I don't seem to have inherited the luck of all those Irish ancestors.